“Kelly’s leadership, extensive knowledge of Comerica and its businesses, and her unwavering commitment make her the perfect fit for this role,” Herzog said. “We thank Darlene for her hard work and dedication, as well as the strong relationships she fostered, throughout her 36 years with Comerica.”

In her new role, Gage is responsible for clearly articulating Comerica’s value proposition. This includes meeting the information needs of investors and analysts regarding the company’s business model, long-term strategy, financial performance, and governance.

Gage began her banking career at Comerica in 2004 as a Credit Analyst and later moved into the role of Middle Market Relationship Manager. Gage has made significant contributions to many important projects that shaped the Commercial Bank’s future. Those projects led to the creation of her role as National Director of Sales and Strategy for the Commercial Bank.

American Banker recently recognized Gage for her leadership and success at Comerica, naming her to its 2021 Most Powerful Women in Banking: Next. The honor recognizes the accomplishments of women age 40 and under from across the banking industry.

Gage graduated with a bachelor’s degree in finance and Spanish from the University of Notre Dame in South Bend, Indiana.

Persons has served Comerica’s investment community for 16 years as head of Investor Relations. She began her tenure with Comerica in 1986 as a Credit Analyst and subsequently joined the International Department, taking on increasing levels of responsibility, ultimately managing its Canada Group. In 2006, she was appointed Director of Investor Relations. Persons’ lasting impact on Comerica includes helping establish the Corporate Sustainability office in 2008, and leadership of the North Texas Women’s Forum.

Comerica Incorporated (NYSE: CMA) is a financial services company headquartered in Dallas, Texas, and strategically aligned by three business segments: The Commercial Bank, The Retail Bank and Wealth Management. Comerica focuses on relationships, and helping people and businesses be successful. In addition to Texas, Comerica Bank locations can be found in Arizona, California, Florida and Michigan, with select businesses operating in several other states, as well as in Canada and Mexico. Comerica reported total assets of $86.9 billion as of June 30, 2022. 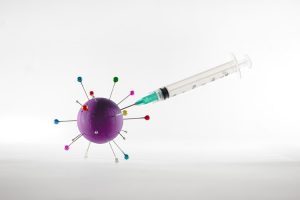